Today in our penultimate installment of this year’s October-ganza, we return once more to the storied streets and shadowed lanes of Boston and one final classic-era group that might be of interest to Keepers – the Boston Society for Psychical Research (hereafter the BSPR).  {I’ve been tinkering with this one for a more than a few days, but my interlibrary loan request for better sources on the BSPR failed to arrive in a timely manner, so we’re stuck with this half-baked entry…} 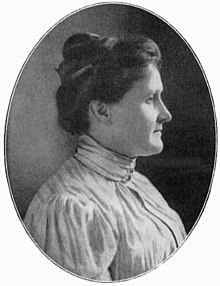 mysteries of the psyche, including what we would term now psychology parapsychology. While many of its earliest members were primarily skeptics, the group became increasingly receptive to supernatural claims especially after the group ruled the medium Leonora Piper to be genuine. The group grew increasingly divided with a ‘supernatural’ camp, made up mainly of spiritualists and their fellow-believers, and ‘rationalists’, who were sought evidence of psychic phenomena but believed such abilities came from within rather than without.

By the 1920s the rift in the ASPR grew more severe and when an avowed ‘spiritualist’ became the group’s president in 1923 there were more than 100 members of the group who quit in protest. In 1925 the ASPR president of the organization voiced his belief in the authenticity of the medium Margarey (aka Mina Crandon), a group of current and former members broke with the group and formed their own society, the Boston Society for Psychical Research.

and instead sought to discover, using the scientific method, evidence of psychical phenomena – telepathy, psychometry, telekinesis, etc.  Members of the new group were involved in the notorious American Scientific investigation into Margarey and this further fueled their skepticism as they had witnessed not only her chicanery, but the ASPR’s leadership’s suppression of reports debunking her supernatural claims.  The group’s founder and first president Walter Franklin Prince, who, along with Prince’s friend Harry Houdini, frequently took place in the debunking of mediums and psychics.  (Recall that another friend of Houdini was the avowed skeptic H.P. Lovecraft, whom Houdini might have enlisted to assist him working on the book The Cancer of Superstition…)

Another early member (who was also involved in debunking Margarey) was J.B. Rhine, and it was the BSPR that published his book Extrasensory Perception in 1934, in which he coined the acronym E.S.P.

I’d like to say more about the BSPR, but most accounts I’ve found mostly discuss it in reference to the Margarey case and its split from the ASPR.  A few mention that the two groups merged in 1941, after the spiritualist faction lost its hold on the leadership of the group, which resulted in the ASPR taking a more skeptical bent.  The organization survives into the modern day, still headquartered in New York City, where the group moved in 1906.

In gaming terms, I would imagine that a society interested in investigating parapsychological phenomena, in Boston, in the 1920s, might just be a helpful hook for a campaign.  Maybe.  Just a little.