Man idly shapes a queer image–some power impels him to make it queerer than he understands. Throws it away in disgust–but something is abroad in the night.

This is the tale of Pygmalion and Galeta, if Pygmalion was an artist named Jeffrey Corey, and Galeta was made from magic blue clay from Devil Reef.

The story begins in the fall 1927, when Jeffrey Corey, a sculptor, returns from a long stay in Paris and rents a cottage near his family’s ancestral home of Innsmouth, Massachusetts.  Our narrator is Ken (no last name given), a friend of Corey’s and a fellow artist.  From the start we learn that some terrible fate has befallen Corey, who is described thusly:

[A] comparatively young man, not yet forty, six feet in height, with a fine, fresh skin, which was free of any hirsute adornments, though his hair was worn rather long…  He had very strong blue eyes, and his lantern-jawed face would have stood out in any assemblage of people, not a alone for the piercing quality of his gaze, but as much for the rather strange, wattled appearance of the skin back from his jaws, under his ears…

I wonder where this is going… well, actually I don’t, since I’ve read the story (and “The Shadow Over Innsmouth”) so the mystery here is not a very deep one, pardon the pun.  Returning to our protagonist,  Mr.Corey has retired to his sea-side cabin with the intent of working on his craft in general solitude.  When our narrator visits with Corey in December of that same year, aside from some comments about the odd natives of nearby Innsmouth (where Corey goes sometimes for provisions) and the fishing town’s ominous decay, their talk is of mundane things, like politics, other artists, and the possibility of an exhibition of Corey’s work..

There is a marked change in Corey come March of the next year, when Ken receives a letter from him, which reports among other oddities:

[A] large band of federal officers of some sort descended upon the town [of Innsmouth] and spirited away from of the citizens – among them some of my own relatives… Quite apart from the reason for the federal action… is the indisputable fact that, coincident with the raid on Innsmouth, some naval vessels appeared off the coast in the vicinity of what is known as Devils’ [sic] Reef, and there dropped a power of depth charges!

This is all quite a scoop for an artist living in near-isolation, as Lovecraft notes in “The Shadow Over Innsmouth” that only a single newspaper (and that it was “a tabloid always discounted because of its wild policy”) reported on any naval action off Innsmouth.  Perhaps his interest was piqued because he found some unusual detritus washed ashore in the aftermath of the strike – a mass a pliable blue clay.  Corey is inspired by this discovery to begin an entirely new sculpture, which he has dubbed “Sea Goddess”, and invites his friend to visit soon and view his new work.

Ken, unlike Corey who is clearly fascinated with creation, find the sculpture unsettling:

Wait, did he say toes?

The figure was lissome, save for the rather heavier pelvic structure than I thought fitting, and Corey had chosen to alter the feet with webbing between the toes.

Corey explains, after his friend questions why he’s added gills to the figure’s neck, that he was probably inspired by the sorts of odd hereditary deformities he’d heard that certain of Innsmouth’s families displayed… I don’t want to belabor the point as long as Derleth does, which is for several pages.  It Deep Ones.  The reason is Deep Ones. 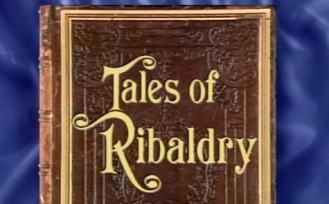 night was spent at love – or perhaps I ought to call it lust.  Nothing like it since Paris.  And as real as those many nights in the [Latin] Quarter!  Too real perhaps, for I woke exhausted.  And I had undoubtedly spent a restless night; for the bed was much torn up.

In addition to his sex dreams about the Sea Goddess, Corey is also having visions of swimming in the deep ocean and of “Ryeh or R’lyah” and “Great Thooloo”

We jump out of the C grade erotica and back to Ken’s visit with Corey.  The pair of them take a trip into Innsmouth, which should be lovely in March of 1928.  I admit I was shocked to read that, despite the federal raid, Innsmouth’s Hammond’s Drug Store (!?) was still open for business… (or was that Ferrands?  Derleth calls it both in the space of two pages) where the curious sculptor asks around looking for more information about his distant Marsh relations.  Eventually they are referred to a saloon, also still open, on Washington Street where, after a tour showing off any number of Innsmouth’s buildings damaged or destroyed in the February raid, they belly up to the bar (contra the 19th Amendment, apparently the “spasmodic war on liquor” forgotten by our author) and order a brandy. 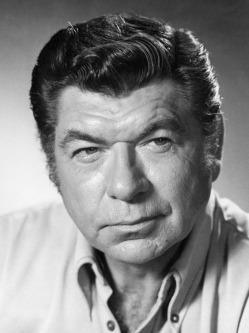 An Akins, not Seth though

Eventually they find a local informant – yes he speaks in “Lovecraftian Rustic Vernacular”, though a middle, not high – by the name of Seth Akins, whom they ply with booze until he’s willing to divulge Innsmouth’s secrets – Obed Marsh, Kanakys, Sumatry Queen, Order of Dagon, etc.  He does add that those Marshes that were not captured by the federals marched themselves into the sea to… drown.  None of their remains have been yet found, of course.  Akins panics when he sees Corey’s growing gill slits… I mean “indentations and rough skin which had always been a part of Jeffrey’s Corey’s neck”… and refused to say more.  Ken pronounces it all “rigamarole” but his companion is ominously quiet.

Ken returns to New York where shortly thereafter he gets an update from Corey.  He complains of neck pain and tenderness where his gill are developing… err, his congenital skin defect has an unplaceable sensation coupled with a wider personal sense that he is on the verge of something both dreadful and wonderful.  This is his last letter, however, for shortly thereafter Jeffrey Corey vanishes. 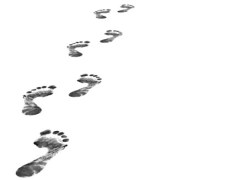 Ken, in reading his journal learns that just before this letter was written the “Sea Goddess” statue had vanished, after leaving footprints all about the cabin and a very wet mark in the bed.   Corey also continue to have the non-erotic dreams about swimming in the deep ocean, of seeing a gilled Obed Marsh (?!) and other members of his extended family beneath the waves.  In his last entry, Corey notes that the 21st is the equinox and that he feels an irresistible draw to the sea, hearing a call he dimly remembers from his childhood:  “A fearful sense of anticipation filled me all night long.” he concludes.  The only trace of him afterwards are some footprint in the heaps of bluish clay near the shore.  The coroner soon rules Corey suffered a ‘death by misadventure’.

Ken, shortly thereafter in the area to dispose of Corey’s estate, goes for a row our to see Devil Reef around twilight.  Initially the sea is almost glass-like, the amber sky from the just-set sun turning the waters cobalt… wow, I wish Derleth had stuck to describing scenery rather than these pastiche stories!  Suddenly there is a disturbance in the water.  Ken thinks it is briefly a school of dolphins, but, say it with me, it is Deep Ones.  A whole… pod?  What is the plural anyway?  Only two of them draw closer to his row boat, one “clearly a female creature of an oddly claylike color” (whatever that means) and, drumroll, the other is Jeffrey Corey.  He calls out to his old friend, making it the silliest cry ever used to end a “Lovecraft” story – “Ken!”  As our narrator says:

It haunts my dreams even now.

Despite of all the many failings of the story, I liked this one more than most.  Perhaps it was the narrative distance provided by having another character relating the absurdity of Jeffrey’s descent into being a statue-humping fish-man.  That is not to say this is a particularly good story mind you, just one that is not as annoying to read as several of the previous stories in this series.

I do wonder how closely Derleth read “The Shadow Over Innsmouth” since among other things we see some incongruities:

I don’t know how useful it is to think too deeply on this story; it is just a retelling of an old Mythological story with a skin of Lovecraftianism.  Why does the clay become animate?  Is Derleth implying some connection between the “suicide” of Innsmouth Marshes and the clay’s supernatural properties or is it just magic Y’han-nthlei spackle?  I don’t think much thought went into this tale and I’m not sure how useful digging any deeper into it might be.  Let’s wave goodbye as it slowly paddles out to sea…

Wilum Pugmire offers up some criticism of Derleth for crediting Lovecraft primarily for the tale upon first publication (starts around the 5 min mark):

If you’re a subscriber to the H.P. Lovecraft Literary Podcast, you can hear Chad and Chris discuss this story.

My first thought is – what happened to Falcon Point?  You’d think a story set south of Innsmouth would at least feature a mention of Derleth’s invention, but you would be wrong.

Derleth describes a few place and individuals in greater Innsmouth and most of his inventions do not appear in Escape from Innsmouth.  The small drug store mentioned therein, for example, is called Eliot’s.  While Seth Akin is nowhere to be found, the general details about the Garden Bar and Grill (I605) could plausibly read as Derleth’s unnamed saloon, based on location and rough description.

I took some inspiration for my scenario “Drawn from the Water” from this story, though more in spirit than in details – perhaps 1 part this tale to 2 or 3 parts the works of Lin Carter, plus a lot of other things.  I do think we might include some Easter Egg pointing to poor Jeffrey Corey in our article about the Kingsport artist colony in the next issue of the Arkham Gazette though.

Woke this morning convinced that I had not slept alone last night.  Impressions on pillow, in bed.  Room and bed very damp, as if someone wet had got into bed beside me.  I know intuitively it was a woman.

Coming next… “The Watchers Out of Time”

‘The Town of Noonday Sleep’ – a profile of Marblehead »
« Sentinel Hill Press Status Report, May 2016