My apologies for the lack of updates of late – a busy summer of family visits, planning for the arrival of the homunculoid, and the homunculus’ summer vacation have winnowed down my time for blog-posting frippery to nearly zero.  But now the guests are gone, the larder is well-stocked with the alchemical goods needed for a newly-spawned simulacrum, and school is  starting up again means we can resume, for a little while at least, some semblance of normalcy here on the Sentinel Hill Press blog.  I’ve been keeping up somewhat better with things on the Sentinel Hill Press G+ page, if you’ve been missing us too much.)

An early band photo of the Arcade Fire

I’ll post a general update to Sentinel Hill Press projects large and small later in the week, but for now I wanted to get into the meat of a little idea I’ve had – talking about how to develop an interesting cult for your Lovecraftian horror game.

[In case it must be said, this discussion will spoil a hell of a lot of fiction and RPG products and is probably best read by Keepers.] 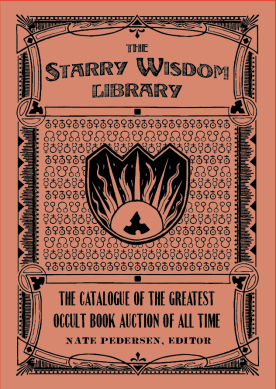 And you thought Chick Tracts were bad…

Cults are a standard part of the genre, which uses the designation somewhat more expansively that the standard definition which usually defines them as “a relatively small group of people having religious beliefs or practices regarded by others as strange or sinister”.  For our purposes, a cult in a Lovecraftian horror game is any group that operates against the players and shares some common beliefs usually connected to some supernatural power.  Lovecraft’s stories include several of various types including…

There are others I might include in this list, but I think these provide enough examples to start some analysis.  In Lovecraft’s fiction, cults are almost always a foreign import or an atavistic survival from some earlier age.  Cult’s typically are divided between their leadership (usually suspect whites with an interest in the occult or other character flaw) and the masses of ‘lesser people’.  This division is not universal – the Cthulhu cult is headed by distant “deathless Chinese” leaders (though the most knowledgeable member of the Louisiana branch was the “aged mestizo” Castro); the membership of the Starry Wisdom cult seems to have been made up of a cross-section of Providence’s citizens.  In many Lovecraftian horror RPGs though, the pulp model of cults – evil white guys in charge of faceless brown (or yell0w) hordes was quite common until recently.

As for motivation, most of Lovecraft’s cults were mostly interest in the adulation of supernatural entities – be they Lillith, Cthulhu, the Haunter in Darkness, or Dagon.  Often what the worshiper gained from their faith was unclear, perhaps because it was assumed anyone who joined such a movement was or would soon become a hopeless degenerate, corrupted into something inhuman in outlook.

Consider some cults from early Call of Cthulhu RPG products:

Personally, while I don’t eschew the ravening mob of faceless cultists as a menace from time to time, I prefer the sorts of cults presented in Delta Green, especially in Delta Green Countdown.  That book includes the following cults:

Trust me, those aren’t Buddhists…

These are all, without a doubt, Mythos cults, but they tend to invert the standard model and are presented with a lot more depth.  The twist on the first group is that, despite being insular and doing seemingly insane things, they are in fact right and working against the Mythos.  For the Skoptsi, while they are clearly and wholly evil, they are presented in a way that builds off a historical group and shows ways such an organization might utilize modern technology and laws to their favor – they are more likely to attack with lawyers than swarms of robe-clad fanatics wielding daggers.  Tiger Transit inverts the “white man leading foreign types” by having the cult be a complicated mix of American, East Asians, and the mostly alien Tcho-Tcho culture (and even posits some nice inter-generational rifts within the group).  Finally, while the Keepers of the Faith aren’t even human, they are presented as something more than just a bunch of monsters awaiting investigators to gun them down – having a culture (cultures, really), a history, and a variety of sometimes contradictory goals.

What I’d like to do is create a cult for ‘Classic era’ (1920s/30s) Lovecraft Country, since that is our specialty, based in part on any feedback we get here.  In our next installment we will settle on some of the basics for the cult – what Mythos power it is connected to and who are the members.  You opinions on either point are most welcome!