We here at Sentinel Hill Press have talked a lot about August Derleth’s contribution to what would become Chaosium’s Lovecraft Country setting (and a bit about Lovecraft’s development of the locale as well).  While we aren’t getting back to either on-going series yet (sorry, “The Watches Out of Time” will get a review eventually!) I thought we’d take a quick dip into similar territory today by looking at how Arkham (and other fictional places developed by Lovecraft in the vicinity) were used by the authors generally considered part of HPL’s closest circle of friends and correspondents.

Of all the writers of Lovecraft’s “circle”, Robert Bloch (1917-1994) made use of Lovecraft’s fictional places most often, quite possibly because of his initial youth and desire to emulate his literary idol.  In his earliest stories, Bloch often made use of elements of what we now term the Cthulhu Mythos; in three cases he referenced Arkham and other Lovecraft Country places: 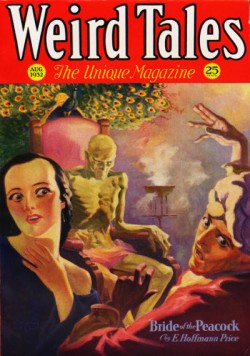 Robert E. Howard (1906-1936) made use of a Lovecraft Country location, oddly enough, in his poem “Arkham”, published in Weird Tales in August of 1932.  He had previously shared the poem with Lovecraft the year before; HPL said that he had enjoyed it.

Drowsy and dull with age the houses blink

But what inhuman figures leer and slink

Down the old alleys when the moon has set?

For more information about what Howard might have known about Arkham, based on what we know of his readings of Lovecraft, see this post to the R.E. Howard blog “Two-Gun Raconteur” from this July.  (Fun fact: Reading that post is actually what inspired my look at what other members of HPL’s circle wrote about Lovecraft County.  Thanks Two-Gun Raconteur!) 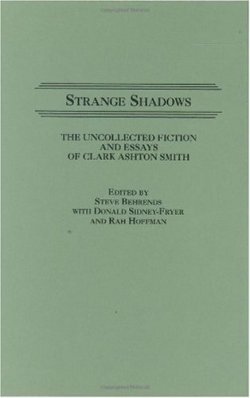 Clark Ashton Smith (1893-1961) travelled widely in his fiction – medieval France, sunken Poseidonis, future Zothique – but only visited Lovecraft Country in an undated story fragment entitled “I am a Witch“.  While most of Smith fiction was written in a period from between 1929 and 1934 but this story outline only saw print in 1989.  In the story, the Hinton family, recently relocated to Arkham, are harassed by their neighbor Abigail Coddington, an aged crone to seems to come and go at will.  There’s not much plot to the story beyond Elinor Hinton having weird recurrent nightmares; beyond Arkham’s name appearing and a mention of gambrel roofs, there is no discussion of setting either.  I don’t think there is any part of this rough sketch of a story that influenced the Lovecraft Country setting, unless the aged witch-woman Abigail Conley, from Return to Dunwich is inspired by the witch of this story; that’s a pretty big stretch, I confess.

One thought on “October-ganza 3: Day 7 – Lovecraft Country beyond HPL and Derleth”