It has been a while since I’ve updated the blog here.  Sadly time is at a premium of late and I’ve had to focus on other things…

For example we’ve launched and concluded a successful Kickstarter for THE DARE, a revamped and updated version of a scenario by Kevin Ross (originally published in 1996) in which you play children trapped in a very dangerous haunted house.  Backers have already received a copy of Kevin Ross’ original scenario draft AND a draft of our revised and expanded version of the scenario.  I am hoping a lot of people get to explore the Barnaker house this Halloween 🙂

Normally… well, for two years and part of last year… we run our October-ganza blog post-a-day series.  Obviously that’s not happening this year (and we didn’t wrap up our ‘Ganza from last year, in no small part due to the hatching… er, birth… of the homunculoid last year) but I’d like to post a few things before pumpkin carving begins and candy is distributed.

Speaking of Halloween, I recently came across this book – Current superstitions : collected from the oral tradition of English speaking folk (1896), which included a chapter on Halloween folklore.  I thought I’d transcribe the ones associated with New England here on the Sentinel Hill Press blog.  They are… interesting: 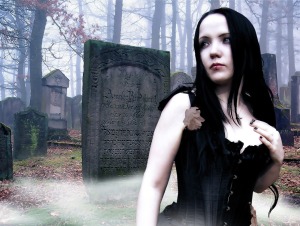 Where is that damned cabbage?!

On Halloween a girl is to go through a graveyard, steal a cabbage and place it above the house-door.  The one on whom the cabbage falls as the door is opened is to be the girl’s husband.  –  Massachusetts

A girl goes to a field on Halloween at midnight to steal cabbages.  The first one whom she meets on her return will be her husband.  – Boston, MA

On Halloween at midnight a young lady in her night-dress walks backwards into the garden and pulls up a cabbage.  She will see her future husband over her shoulder.  –  Eastern Massachusetts

Throw a ball of yarn into a barn, old house, or cellar and wind, repeating the above lines, and the true love will appear and wind with you.  To be tried at twelve o’clock at night, on Halloween.  –  Maine

On Halloween put a ring in a dish of mashed potatoes, and the one who gets the ring will be married first.  –  Massachusetts

On Halloween mash potatoes, and corneal in the mash a coin, a coin, and a button.  One denotes marriage, the coin riches, and the button misfortune.  –  Massachusetts

On Halloween write the names of three men on piece so paper, roll them into balls, but those into balls made of Indian meal (wet so as to roll up), put the balls of meal into a basin of water;  whichever one rises to the top bears the name of the one you’ll marry.  –  Salem, Mass.

On Halloween, girls place saucers beside each other, two filled with earth and water, in the other a ring.  They are respectively, death, cloister or unmarried life, and marriage.  – Convent school, Manchester, N.H.

It is no surprise that so many of these folkloric traditions revolve around marriage and identifying ones future husband – few topics were more important in determining a young woman’s future in that era as whom she would marry.  I’m not sure when cabbages picked up some magical cache – perhaps if someone loves you well enough to dine on cabbage they are a keeper?

In addition to these Halloween beliefs, here are a couple more supernaturally inclined ones that may be of interest:

If a door opens itself, it is supposed to indicate a spirit, supposedly one of the family.  –  Massachusetts.

Do not let anyone wear your hat to a funeral when you’ve not worn it before yourself.  –  Massachusetts

To break the spell of thirteen at table, all should rise together, otherwise the first up (or, as some say, the last down) dies inside a twelvemonth.  –  New England

“I have noticed at funerals of the aged, that when elderly people passed by the casket they would touch the forehead of the dead person.  I was confident there was some superstition connected with the act, because the same look was apparent on every face; but on being asked why this was done, they pretended it was bidding an old comrade good-bye.  At last one told me that it was that they might not dream of the dead or see them.”  –  Westport, Mass.

Nightmare is caused by the nightmare man, a kind of evil spirit, struggling with one.  It is prevented by placing a sharp knife under the pillow, and stuffing the keyhole with cotton.  –  Windham, Me. 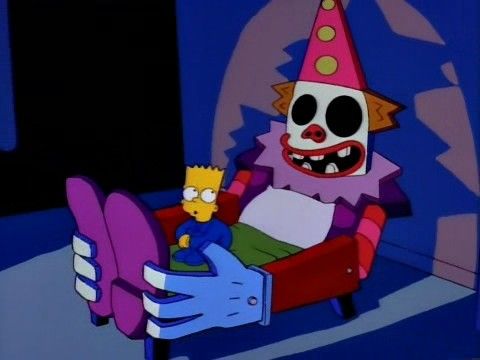