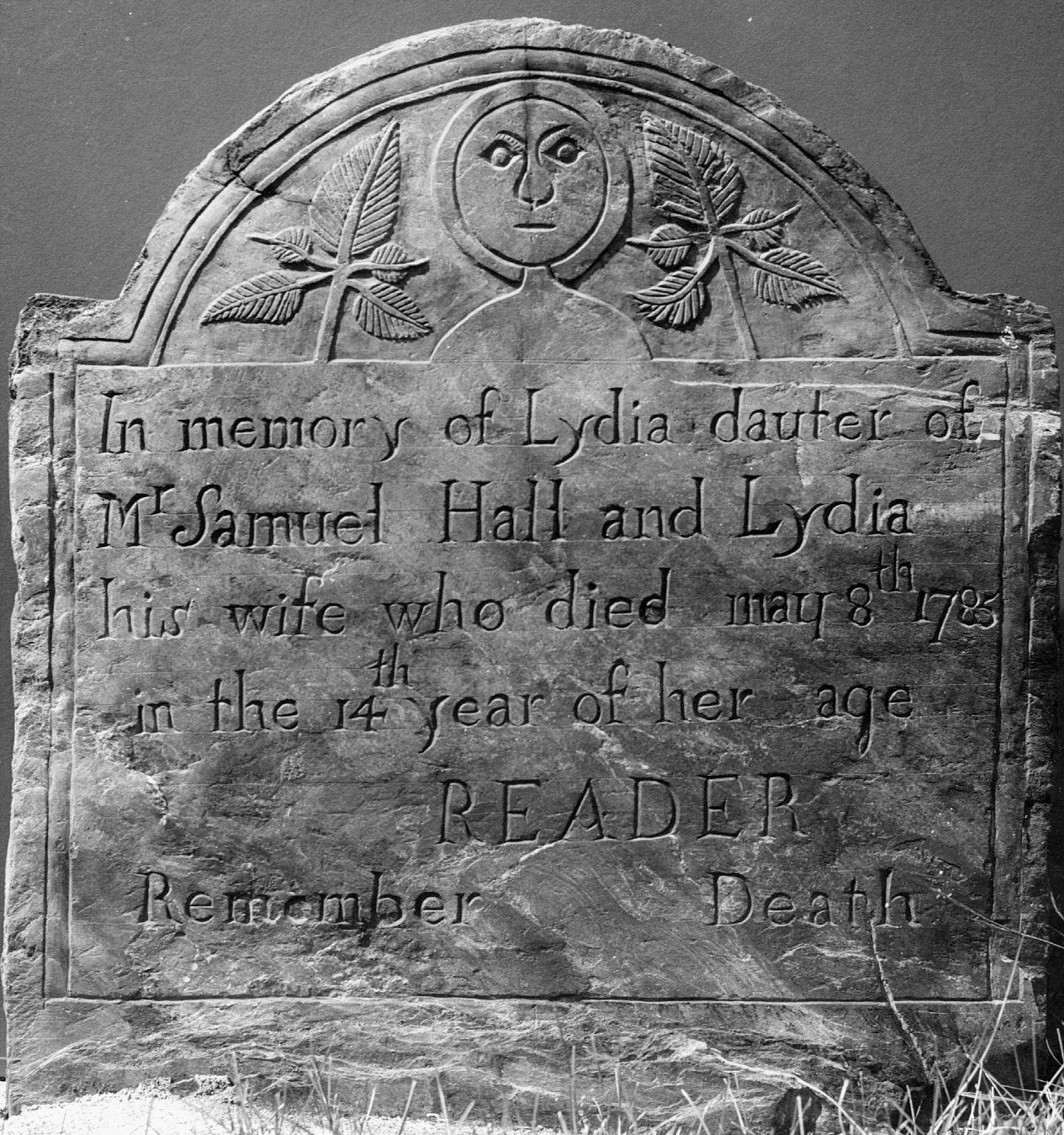 Day two of Grave-tober takes us to Spencer, Massachusetts, a small town in south-central Worcester county on Route 9.  In the town’s old Center cemetery, one may find the marker for Lydia Hall, daughter of Samuel and Lydia Hall, who died in 1785 at the age of 14, cause unknown.

In memory of Lydia dauter of

in the 14th year of her age

The last section of Ms. Hall’s epitaph is a memento mori, a reminder to the viewer of the brevity of life (and presumably an incentive to be pious).  Hers is especially direct.

I chose this gravestone not so much for the implicit tragedy of a young girl’s death (we shall be encountering a lot of heart-breaking stories this month) but for the carver of her stone, whose work this is a particularly well-preserved example: William Young (1711-1795). Born in Ireland, he emigrated to Massachusetts in 1718.  His family settled in the village of Tatnuck (now part of Worcester, MA) where Young became a leading member of the community.

Gravestone carving was secondary profession to Young, who was active in making them from 1768 to 1792.  His stones can primarily be found in the southern half of Worcester Country (centered around Worcester) and are distinctive for his simplistic human forms (a circular head with a simplified wig or bonnet, thin neck, and round upper torso), erratic lettering (and spelling), and recurrent use of a stylized thistle in borders – so much so that the pioneering gravestone researcher Harriette Merrifeld Forbes dubbed him, before discovering his identity “the Tatnuck Thistle Carver”.  Even if you cannot see the carved side of a Young stone, the slate he used – rusty and unfortunately fragile – is rather distinctive.

Compared to Boston-area gravestone Carvers of the same era (such as Lamson or Eammes) Young’s work is crude and idiosyncratic, almost child-like. Nevertheless, I still find them compelling. 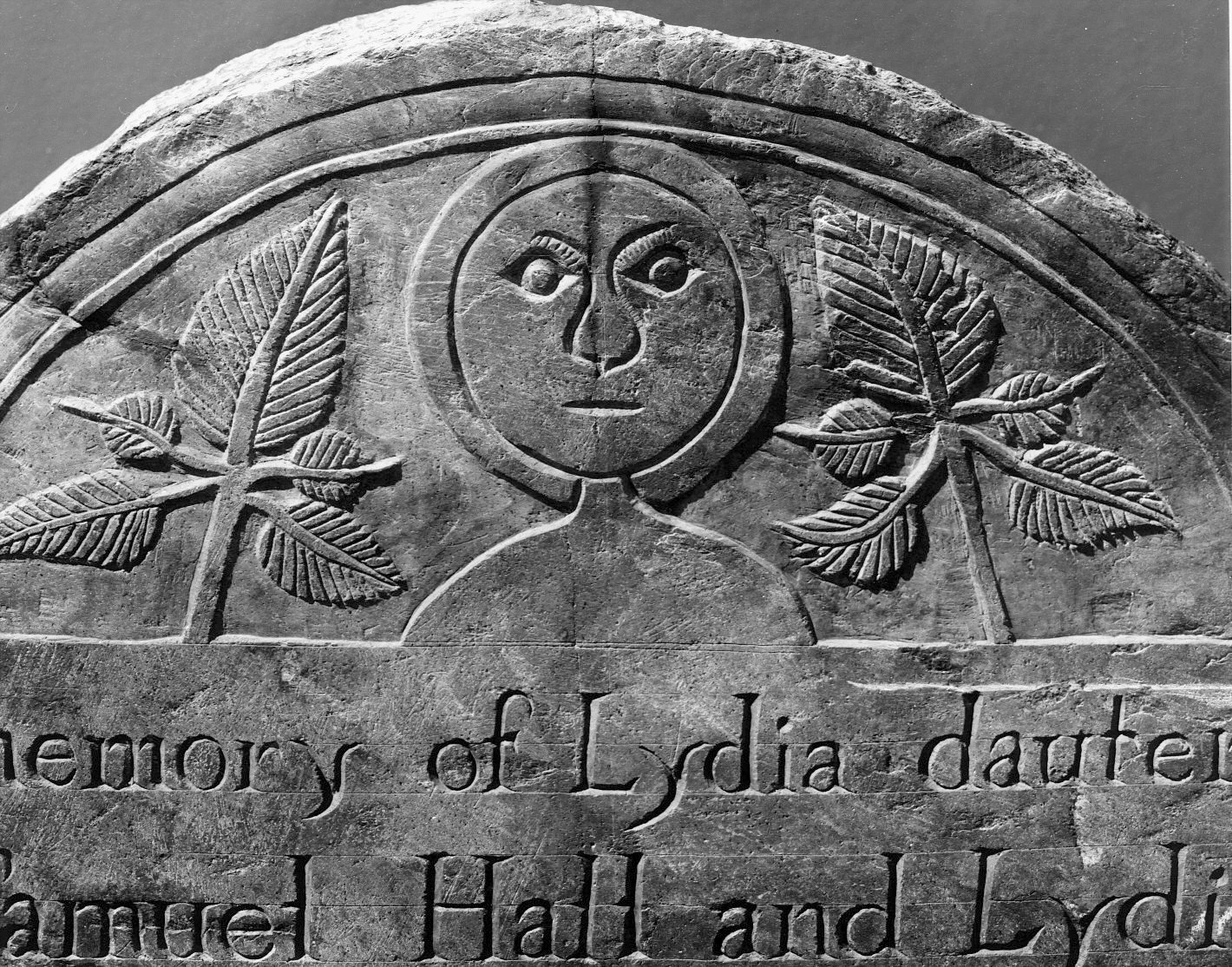 For more information on the gravestone carver William Young, see “William Young of Tatnuck” by Mary and Rick Stafford, in Markers IV (1987); p. 138-142; Mrs. Forbes gives a longer discussion of Young’s work in her Gravestones of Early New England and the Men Who Carved Them (1928), but that’s not yet available online.