When you are a collector of weird New England lore, you notice a few names appearing again and again on your bookshelf – writers like Loren Coleman (whose work we’ve mentioned last year), Joseph Citro (who we may talk about later), and our topic for today, Robert Ellis Cahill. 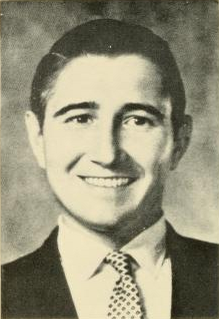 Cahill (1934-2005) – and I am going to leave most of the bibliography to others, click that link if you want more detail- spent most of his life in Salem, Mass. where at a child he developed a keen interest in New England’s history and folklore.  After a few years away for college, service in the army, and a stint working in insurance in Connecticut, Cahill returned to Salem where he became involved in local politics (serving on the Salem city council as well as in the Massachusetts General Assembly), most notably as the Sheriff of Essex County from 1975 to 1978.

Cahill retired from the sheriff’s office after a heart attack and stroke, focusing on writing as well as developing a pair of Salem’s earliest tourist… ‘trap’ is such a harsh word, let us say “destinations”… first the Salem Witch Dungeon Museum and, years later, the New England Pirate Museum.

To most though, he is best known as the author of more than twenty slim, digest-sized books on New England’s ghost stories, weird folklore, witches, etc (most start with “New England’s…”, which I have omitted):

Cahill was more a storyteller than a historian, so I cannot recommend his works as research material (though he does usually provide a bibliography), but what his prose lacks in veracity, it makes up for in entertainment of the creep-inducing sort and otherwise.  His books are also short (60 pages and under) and therefore inexpensive (most are $8 and under, new), two factors important to the occult scholar on a budget.  Travelers to New England will undoubtedly see his books in gift shops at all the major tourist destinations and in most book stores.  I know I have a couple.

Fun Facts about Cahill (which suggest he might have been a CoC investigator):