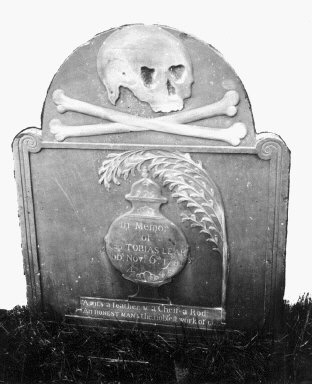 Captain Tobias Lear, who was laid to rest in the wonderfully named Point of Graves burying ground in Portsmouth, New Hampshire was a ship builder and leading figure in 18th century Portsmouth. 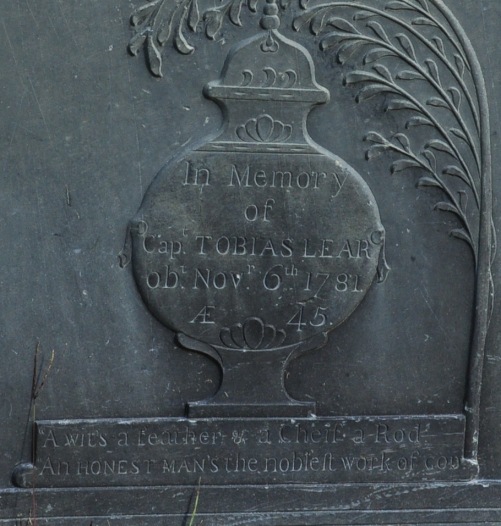 “an HONEST MAN’S the nobleft work of God.

His gravestone, carved by the Boston stone cutter John Homer (1727-1803), is an unusual mixture of Puritan death-reminding symbolism (a skull) with 19th century Classically informed memorializing of the dead (an urn and willow). 1783 is early to see an urn – though it is not the earliest use of an urn – especially one so prominent. The very large, mostly realistic jawless 3/4 profile skull seems to be a particular style for Homer and his apprentices.

(While it is in much better shape today, this description of the Point of Graves Burying Ground, from An Old Town by the Sea (by Thomas Bailey Aldrich, 1894)). 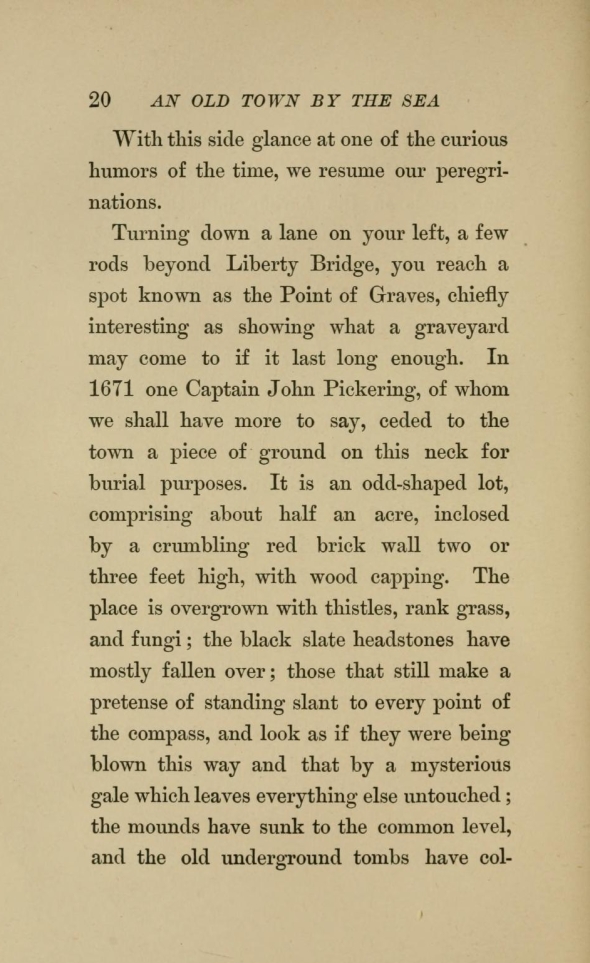 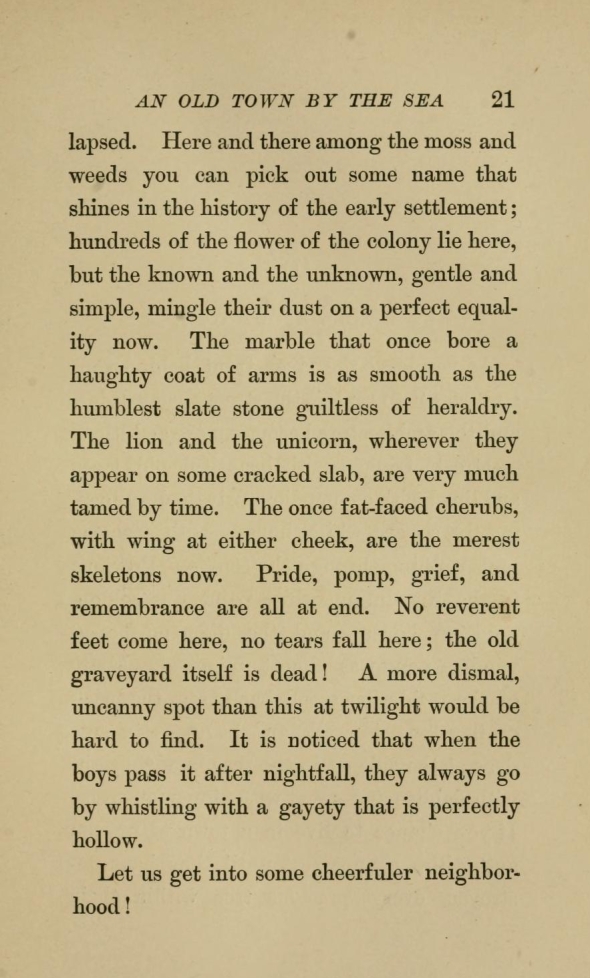