Palmer (1791-1873) was a farmer, a veteran, a communard, an abolitionist, and a prisoner of conscience.  Indeed Palmer spent more than a year in the Worcester County jail for his refusal to plead guilty of committing “unprovoked assault” on four men in May of 1830.  His defense?  The men had attacked him and he was merely defending himself.  Their attack, with scissors and small knives, was an attempt to force him to cut off his beard. 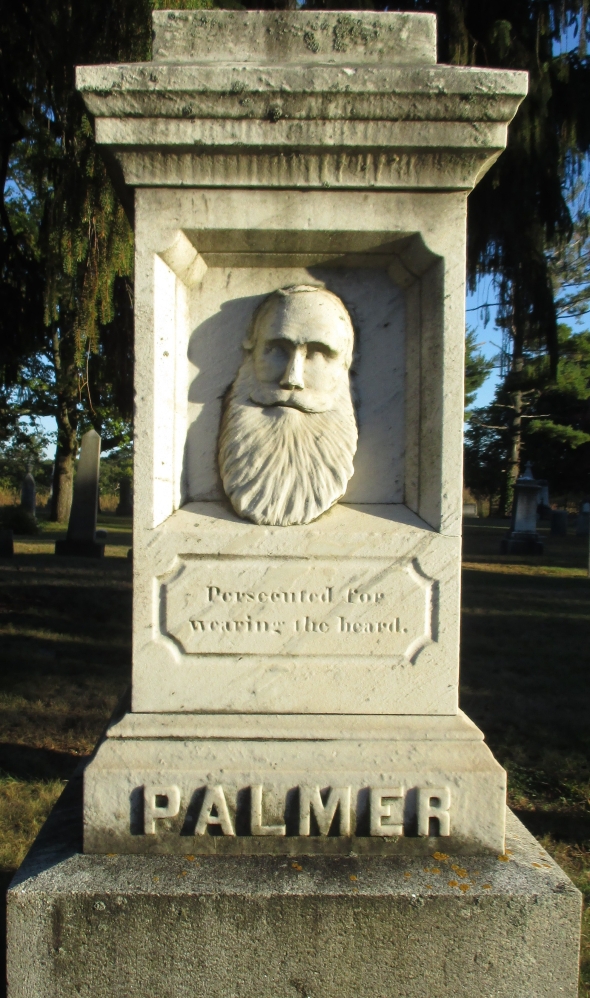 Beard-wearing was not just unfashionable in the 1830s, it was considered an affront to others.  Palmer, possible inspired by a minister he encountered while young, wore a beard as a manifestation of his Christian faith and, despite public mockery and ridicule and even threats, resolutely refused to cut it.

After fending off his attackers, Palmer was tried for the disturbance and the injuries he caused his assailants and ordered to pay a fine, court fees, and his bond (all totaled, about $20,000 in today’s dollars).  Palmer refused and was sent to the Worcester jail where he would remain for 15 months… 15 months of insults, abuse, maltreatment, and neglect.   His case became notorious, in part because of his righteous letters to published in regional and national newspapers, and eventually he was released after paying his fine but admitting no guilt.

In later years Palmer was a member of the failed Fruitlands community (which included the Alcott family); his diary is preserved there, along with other artifacts of his life, as he purchased the land and farm after the community collapsed.  He was a life-long champion of prison reform and an early abolitionist.  He died in 1873; nearly ever adult male of that era wore a beard.

A fuller account of Palmer and his beard can be found in a 1944 magazine article I found reprinted here.