Today’s entry, that of the headstone of Eleazar Allen in Chilmark on Martha’s Vineyard, isn’t about the stone itself (though a fine winged skull by James Foster – or a time-traveling Mike Mignola), rather it is about gravestone repairs. 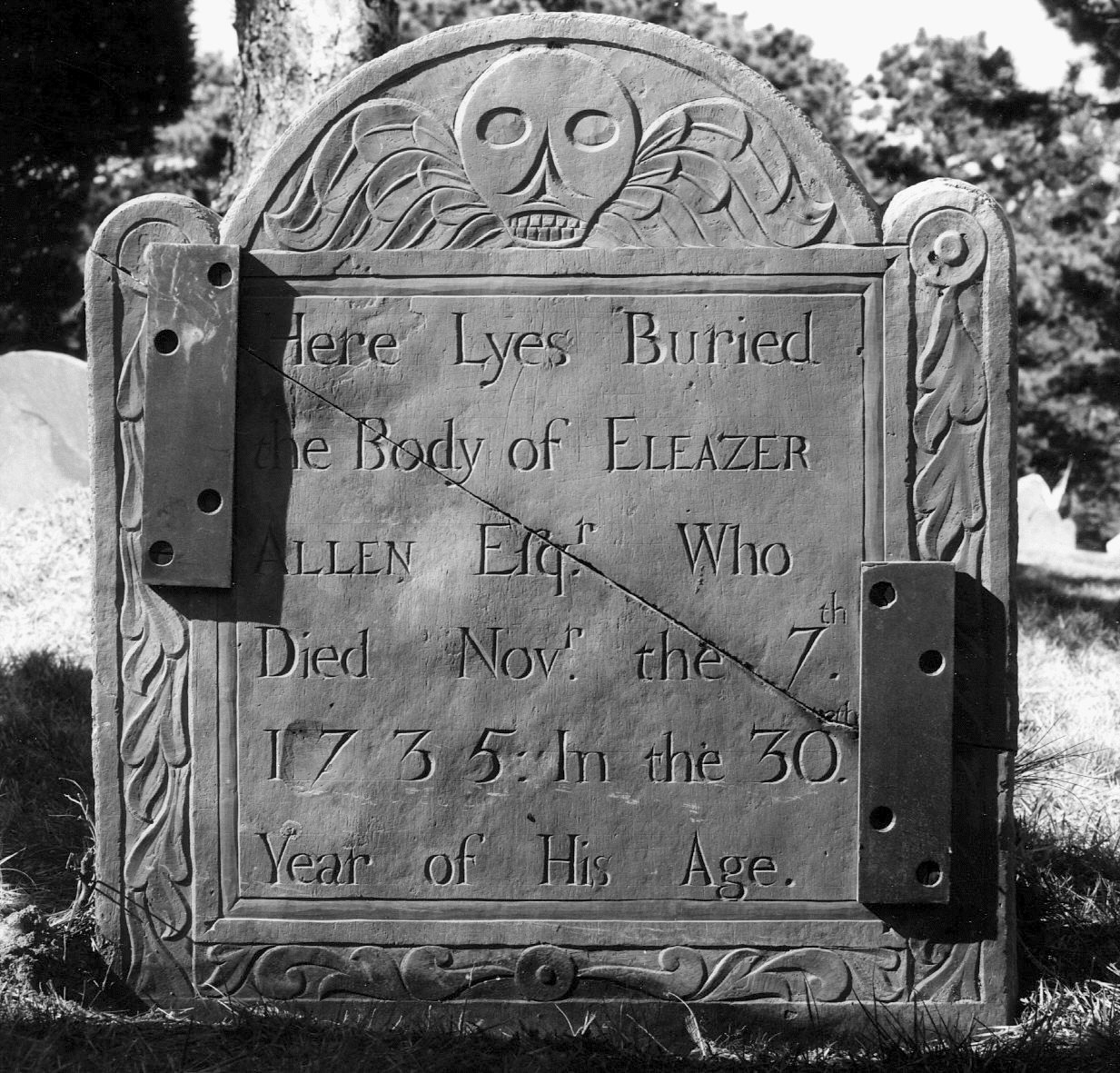 The Body of Eleazar

Year of His Age.

Slate, the most commonly used stone for gravestones in the 17th and 18th centuries, has a lot of advantages – plentiful, soft enough to be cut by iron tools, and breaks off in large sheets.  It also has some flaws, for one it is fragile enough that vandals or accidents can snap a stone if enough pressure is applied (there’s also delamination, but that’s for another day.).

The Allen stone is shows a very typical 19th century repair – cast iron bars, held together by bolts drilled into the stone.  While this seems like a durable fix, issues with corrosion, especially the expansion of rusted iron putting pressure on damaged part of the stone, modern repairs favor carefully prepared binding agents like epoxies, which expand and contract as the stone does.  Here’s a webpage with a lot of photos of a the restoration of a marble marker, which requires much the same care in restoration.

While you’re in Chilmark Cemetery checking in on the repairs or Eleazar Allen’s marker, feel free to pay your respects to John Belushi or Lillian Hellman.