I had been making occasional trips to the various graveyards of Worcester County after I had moved there in 2005.  The first few were within a few miles from my house but as my list grew, the remaining pool of unvisited burial sites grew small and ever more distant.  It was in the little Old Pleasant Street Cemetery in Athol, a little industrial town in the far northwestern corner of Worcester county, that I encountered the work of one of the most unusual carvers (in this case, a family of carvers) that I had ever seen. 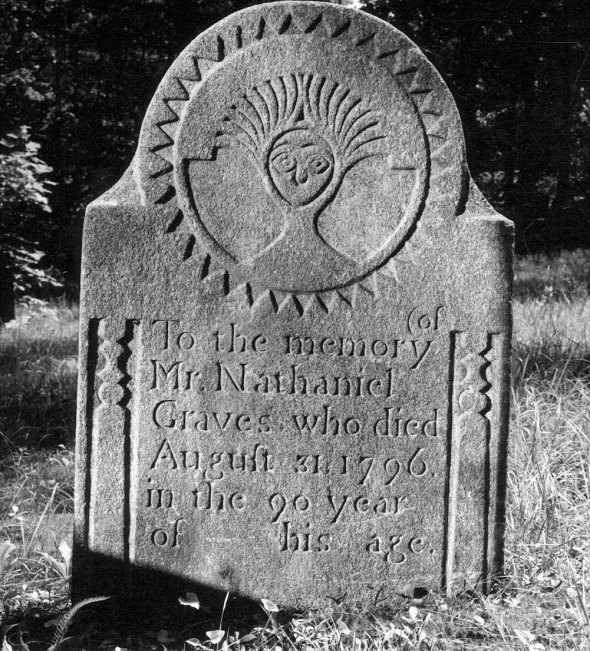 I am not sure which of the gravestones carved by the Felton family of carvers that I noticed first – it might have been Aaron Lord’s, as I think it was listing to the side – but I was immediately taken back by the oddly angular and abstract figures with something that looked like hair raised up by a Van de Graaff generator… or possibly antlers… very precisely chiseled into tall granite slabs.  I had seen a few examples of the so-called “Greek Girl” carver in southern Worcester Country, which is perhaps the closest thing we have to the Felton style, but these enormous, circle-framed faces with upturned hair but no mouths, were especially striking.  I’ve picked the marker for Nathanial Graves as our specimen for the day because his stone was in especially good shape and easily readable.

To the memory (of

(The Old Pleasant Street Cemetery is also home to the grave of Seth Kendall, possibly the only “killing by lightning” gravestones I’ve seen; it is also one of the latest stones I’ve seen without the usual willow and urn motif…) 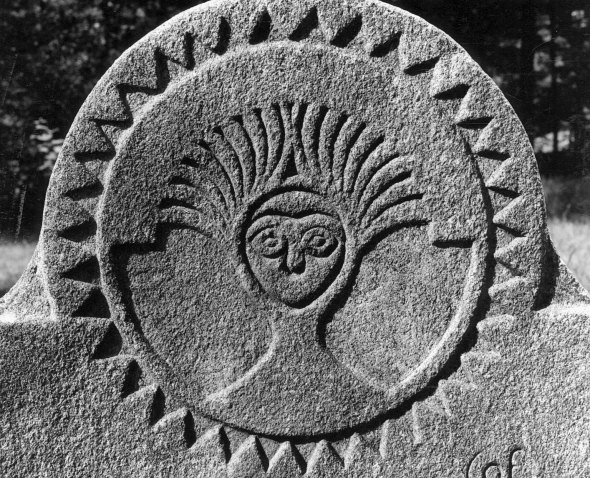 The Felton Family of Carvers (Ebenezer and likely his so Robards) are not especially well-known, but what scholarship exists is covered by Robert Drinkwater in his article “The Feltons of New Salem, Massachusetts.” (from “Stonecutters and Their Works” – Ed. Jessie Lie Farber – Markers IV {1987}, p. 169-173.)

Considering their location, living in New Salem with stones in several nearby cemeteries, and unique style, I definitely plan to include a Felton-style carver in Dunwich as part of  my collection of fictional gravestone carvers in Graveyards of Lovecraft Country.