Now that issue #4 is about to move into layout I think it is high time to renew our call for submissions for future issues of the Arkham Gazette. Today I want to talk about issue #6 — “Arkham and Beyond”

We have covered Arkham previously (in issue #1) but the time is right for a return trip to that legend-haunted town.  As always, I’m interested in hearing your ideas for submissions and am happy to consider anything that might justifiably fit in an issue all about Arkham and the surrounding area.  Take a look at the currently proposed and the suggested articles below and see where the muse takes you.  Hopefully to Arkham…

What we are looking for:

Our submission guidelines offer a host of general article types — new people, locations and items, props and pseudo-historical works, real-world events and fictional curios. Your only fixed limitation is that your work bears a real connection to Arkham and the surrounding communities and that your submission uses the current 7th edition Call of Cthulhu rules.

We’ve covered diners, so why not speakeasies? Only one is described in Arkham Unveiled (plus two more in scenarios over the years), so there’s room to invent your own. I hope to include a general discussion of speakeasy varieties and methods as well.

Arkham has a number of distinctive cultural and ethnic groups – Yankees, Italians, Irish, Poles, African Americans, etc. This would be an overview of the such a community in Arkham – how they relate to the wider city, unique cultural elements, a history of how the community developed in Arkham, tips for NPCs and Investigators who are part of that community, etc – and brings some real-world history to our fictive town. (Our prospective author is interested in Arkham’s French-Canadian community.)

Currently these two articles are still in the development stage.  Let’s hope the authors move forward to completion.  There has also been a finished ‘scenario seed’ and I have also had some curios submissions – see below for more details.

I also have some possible scenarios under discussion, at least one of which is already finished in draft form.  Don’t feel constrained if you’ve got a scenario idea however; I’d rather have to pick between several good ones (leaving others for future projects) than have to scramble to get something I can use.

I know it is challenging sometimes to find inspiration, so here are some article ideas I have had (or have been suggested by our Patreon backers). These are only suggestions – we are eager for anything that fits within this issue’s particular remit!

Salem is near to Arkham and features in several Mythos tales, including Kuttner’s “The Salem Horror” and “The Graveyard Rats“. This will be a guide to Salem, as it appears in Mythos fiction (and a few Call of Cthulhu scenarios), similarly structured to our article about Newburyport in issue #2. I’ve personally been working on this one but I’d be happy to pass it off to a second author if you’re excited to explore Salem.

I plan to cover several more burial places either mentioned in passing (but not described in any detail) in Arkham Unveiled or likely to exist based on Arkham’s real-world inspirations, such as a ‘smallpox’ cemetery. This will be another preview of Graveyards of Lovecraft Country. 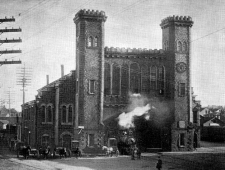 This is a likely place for investigators or NPCs to visit. What was a typical railroad station like in a town the size of Arkham?  Perhaps You can find a good real-world analog to base a floor plan on and we could include that too…

The Secret(s) of Bayfriar’s Church

This old church (A707) is the tallest building on French Hill… but why is it abandoned?  Keith Herber hinted at some Mythos-related cause (there’s a copy of the [REDACTED] in the basement after all!) but nothing definitive is stated. I’d love to have an article fleshing out the building itself (including floor-plans?) and, ideally, offering multiple options for what the church’s dark secret might be. 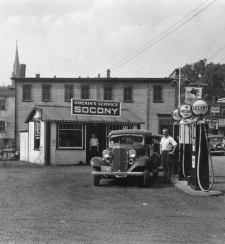 Unnamed junction on way to Bolton

Clark’s Corner, Dean’s Corners. Ross’ Corner… there are plenty of little crossroad hamlets in Lovecraft Country. I’m sure someone can create a compelling new one in the Arkham area.  A gas station, a little church (or small factory) and some houses perhaps .  Add in one or two engaging NPCs and some scenarios hooks or investigator resources to draw in Investigators. 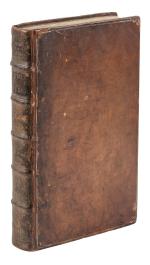 Our goal is to profile at least one Mythos book in each issue and there are a lot of Mythos tomes in Arkham.  I’m sure we can include one or more in the issue too. Something Arkham specific – not just a “vanilla” copy of Nameless Cults or what have you – is ideal.  It could be something held in the restricted stacks at Miskatonic University, a rare tome held by a secretive collector, or even some private grimoire or lost manuscript.

(I’ve had an idea for a Salem-specific tome but would be happy to have 2 “biblio-file” articles in a single issue.0

This is the nearest “large” airport to Arkham, with passenger service starting in 1927.  I think most people assume that “Logan” was always a giant facility from where you could fly to anywhere on earth and not, as was the case at this time, little more than a muddy spot across the harbor from Boston.

People really like our Curios!  I’m sure you can dream up some more oddities for Arkham. (I’ve already had a few submitted!). We’ve previously had oddities like dolls, preserved body parts, a sketch book, a powder horn, a statue, and a Polynesian stick map.  What would you add to our bizarre assortment?

There is a short section in Miskatonic University listing a number of international expeditions and research projects sponsored by Arkham’s institute of higher learning.  I don’t think anyone as ever dug through all of the vast corpus of scenarios to try to make a comprehensive list of all the expeditions assigned to the auspices of this august if ill-starred academy.  Are you the person to brave such horror?

There have been several new scenarios set in Arkham since issue #1 (in part thanks to the Miskatonic Repository, with releases like the Idol of Thoth on the right there).  Time to add some notes for those and for any other Arkham scenario; Salem scenarios will get their own entry in the article on Salem by the way.  (Speaking of scenario notes, we wil be releasing our Keeper’s Guide to Lovecraft Country Scenarios in the near future, but that is news for another post.)

One thought on “Submissions wanted – Arkham Gazette #6 (Arkham and Beyond)”