Continuing on from yesterday’s discussion of Dunwich’s whippoorwills, we turn to the topic of the ill-favored hamlet’s curious stone circles and structures, in particular real-world analogs to Lovecraft’s fictional sites.

Oldest of all are the great rings of rough-hewn stone columns on the hilltops, but these are more generally attributed to the Indians than to the settlers. Deposits of skulls and bones, found within these circles and around the sizeable table-like rock on Sentinel Hill, sustain the popular belief that such spots were once the burial-places of the Pocumtucks; even though many ethnologists, disregarding the absurd improbability of such a theory, persist in believing the remains Caucasian.

Keeper’s looking for a good hook for a modern day Dunwich scenario should look no farther than the New England Antiquities Research Association (aka NEARA), an amateur society dedicated to the study of “chambers, crude stone piles, unusual stone walls and circles, propped boulders, petroglyphs and earthen or stone mounds.” in New England. They might draw investigators into any sort of deadly encounters along the slopes of Sentinel Hill. 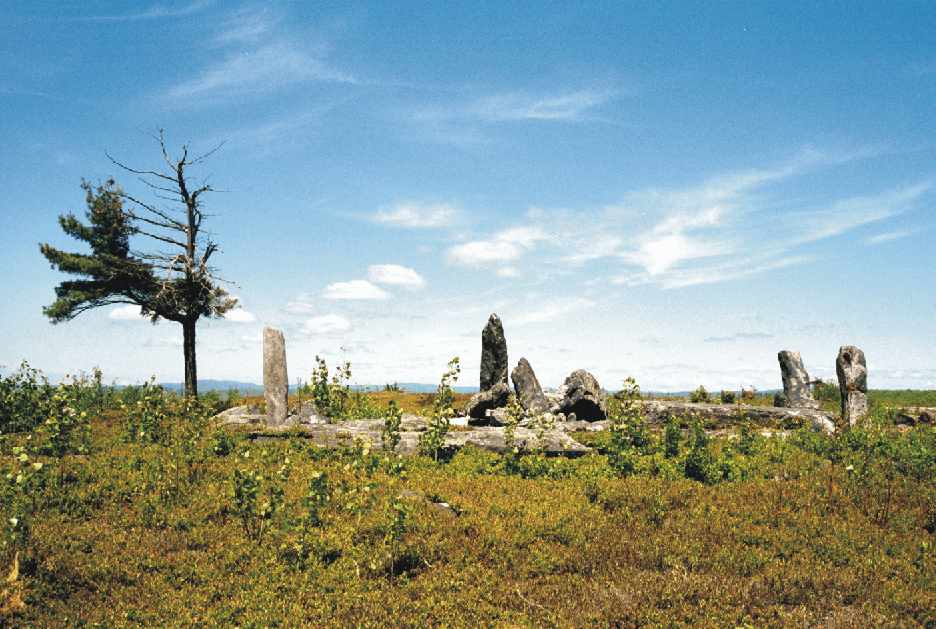 NEARA was initially inspired by William Goodwin’s 1946 work The Ruins of Great Ireland in New England, which despite (or perhaps because of) being an unedited and semi-coherent mass of half-baked theories positing Irish Culdee monks skulking about pre-Columbian New England and building all manner of odd stone structures. These ideas were included as a chapter on “artificial caves” in Clay Perry‘s New England’s Buried Treasure, which despite the name is a catalog of New England’s caves and not a treasure hunter’s guide. Readers my be interested to know that in addition to pseudoarchaeology, Perry also included a section reprinting (claiming it to be a letter received by the author) a version of the Shaver Mystery.

A few real sites in New England might also be of interest – the Upton Chamber, the Gungywamp site, Mystery Hill (aka America’s Stonehenge), and Burnt Hill (pictured).

{Just in case it needs saying – all of this is pseudoscience and pseudoarchaeology in large part rooted in the absurd notion that Native Americans were unable to put one stone atop another or than scratches on rocks have to be some Punic carving or part of some ridiculous sub-Indiana Jones quest for the Holy Grail.}